Cayo Coco Holidays in Cuba is located on the northern coast the big Island of Cuba which is the largest in the Caribbean  Antilles. Cayo Coco Beach Hotels are on the hot white sand beaches beside greenly blue Caribbean waters lined with tropical colorful flowers covering the interior of the Island of Cayo Coco and Cayo Guillermo with its colonial city and its green lush peaceful country landscapes.

Cayo Coco  or Key Coco as the local refer is also a Cuban Holiday leader well known for its luxurious all inclusive Cuban resorts. Cayo Guillermo lies between Cayo Coco within the Ciego de Ávila Province and is part of a chain of islands called Jardines del Rey or Gardens of the Kings. Cayo Coco is close to the infamous town of Morón named for the white ibis, locally called Crazy Coco,coconut, birds.
Cuban Holiday Island of Cayo Coco in Cuba has long been a hideout by Pirates and buccaneers in the early colonial period, the island was home to a small group of Cuban fishermen and charcoal producers until 1955 when the freshwater supply was exhausted and the market for charcoal ended with the spread of electrification after the Cuban Revolution. A causeway was built to the Cuban mainland in 1988, beginning the era of Cuban Luxury 4 star & 5 star luxury resort construction.

The first All inclusive Cayo Coco Holiday resort Blau Colonial opened in 1992 which caused concern among environmentalists as it disturbed the tidal flow and thus life-cycle of waterlife. Wild Pink flamingos still live in the shallow waters and can often be seen from the causeway although not as often as before the construction as gaps were subsequently created in the causeway to restore water flow.
CAYO COCO BEACH IN CUBA
Still largely undeveloped and secluded with virgin beaches, swamps and scrub land populated by wild cattle, the islands boast about a dozen large international Cuban Holiday hotels spread out along the coast. Beaches are very good and the massive coral reef off the north coast attracts divers from around the world. The best luxury Cuban Vacation Resorts in the area include NH Krystal Laguna Villas & Resort formerly El Senador, Melia Cayo Coco, Gaviota Playa Coco, Blau Colonial Cayo Coco, Tryp Cayo Coco, Sol Cayo Coco and the new Blue Bay Cayo Coco.

Cayo Coco Beaches are joined by a short causeway to Cayo Guillermo to the west and by another short causeway to Cayo Romano to the east.   Cayo Coco international airport called the "Jardines del Rey" Airport since 2005 tourists can book flights into the Cayo Coc airport. An earlier airport, the Cayo Coco Airport has been reclaimed as a small natural environmental park called Parque Natural El Baga.

The Spanish, Italian, German, French, European and African influences, mixed with the Cuban Indian aboriginals and Asians, gave birth to a very unique characteristic and diversified Cuban people. Cuban men and especially the Cuban women are a warm people and very sympathetic. Their blood is Latin sexy hot, especially when the hypnotic rhythms of Cuban music are heard nearby. When you book your Cayo Coco Holiday in Cuba you will be able to enjoy all the benefits of the All Inclusive Cayo Coco hotels on the best beaches of Cuba. 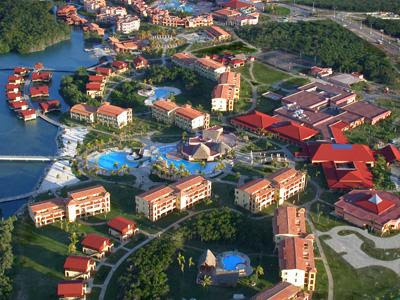 Cayo Coco is an island off central Cuba famous for its all inclusive Hotels and stunning beaches. Cayo Coco offers 14miles of fantastic beaches and there are unbelievable opportunities for water sports of every description including snorkeling on the world’s second largest reef. Cayo Coco is home to some 30,000 magnificent pink Flamingo’s and the wonderful El Bago Nature Park, one of the best parks in Cuba. Cayo Coco holidays also give you the opportunity to sample a twin center holiday with Cayo Coco resort being a short internal flight away from the capital Havana with its fabulous history and architecture. Cayo Coco Hotels are Luxury all inclusive with fantastic swimming pools and amenities.


Other attractions in Cayo Coco include horse riding on the beaches, deep sea fishing and swimming with dolphins. Nightlife is based around the Hotels that have their own nightclubs and entertainment all flowing with rum, to the rhythm of the salsa. Cayo Coco all inclusive holidays make the perfect destination for a peaceful chilled out atmosphere and is hugely popular with honeymooners.
CAYO COCO HOTELS

Posted by Varadero at 3:28 PM No comments: 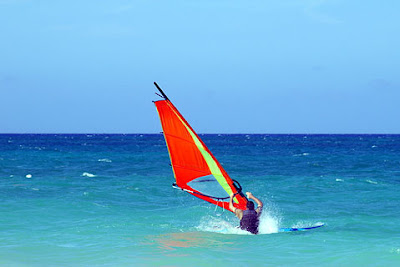 
With over 15 miles of virgin beaches falling away to the world's second largest coral reef, it's no wonder that holidays to Cayo Coco in Cuba attract their fair share of beach and dive enthusiasts. After Varadero Beach near Havana,  Cayo Coco is the biggest beach resort and it is easy to see why with its miles of beautiful sands and crystal clear ocean. A Cayo Coco hotel offers the perfect retreat from everyday life.
Although there are several fairly large hotels in Cayo Coco, and plenty of room for more, the resort remains a relatively undiscovered pearl, perhaps because of the lack of a nearby international airport. With a small domestic airport, Cayo Coco holidays are perfectly suited to being combined with a stay in Havana thanks to the short internal flight and the contrasting experiences offered at each. There are plans to build an international airport in the near future, so to experience the island with its current isolated beauty and natural charms, travellers should book their Cayo Coco hotel room soon! If you wish to avoid air travel while in Cuba, driving over the causeway is not without its charms - against a backdrop littered with flamingos, we recommend that you stop off at Parador la Silla, halfway along the causeway, for some absolutely breathtaking views.
Our featured hotels in Cayo Coco offer a great range of activities for their guests. We feature two 4* properties - the newer Playa Coco which offers a well priced family holiday or the Tryp Cayo Coco , an established property with a range of activities to keep Cayo Coco holiday makers busy. If you would prefer the luxury of a 5* Adults Only property then we recommend the Melia Cayo
Along with the excellent scuba diving and local hotel activities, many Cayo Coco holiday makers will feel obliged to take in some Deep Sea Fishing , as this area offers some of the best fishing in Cuba, and nearby lakes offer some excellent fresh water fishing too. For those who wish to steer clear of all things water based, land lovers will be enamoured by the opportunity to explore the local dramatic landscapes by bicycle or on horseback. If beaches, scuba diving, fishing and exploration are your scene you'd be hard pushed to find a better location worldwide for your holidays than Cayo Coco, Cuba.

Posted by Varadero at 2:39 PM No comments: 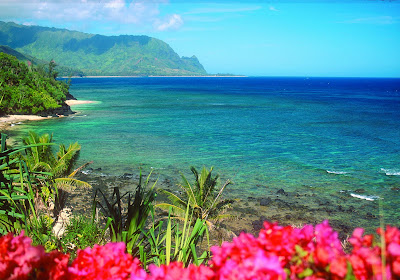 Holidays in Cayo Coco offer beautiful powdery white sands, crystal-clear waters and a true romantic ambiance. Situated in the off the north coast of Cuba , Cayo Coco holidays were only beginning to take off in the 1990s, therefore the area remains virtually untouched by mass tourism. The beach here is an absolute paradise with a staggering 14 miles of golden sand to enjoy. Along with the beach being a haven for sun worshipers, diving enthusiasts will be in heaven when they see the underwater paradise in Cayo Coco’s coastal waters. Caya Coco is home to the 2nd largest coral reef in the world alongside Australia’s Great Barrier Reef. Divers can enjoy 250 miles of beauty whilst marveling in the exotic marine life on offer.